Our Museums are temporarily closed until further notice.

Bathurst has had well over 100 years of history employing people to work on the rail. From Refreshment Room cooks, waitresses, waiters and cleaners, to fettlers, guards, drivers, firemen, engine cleaners and ambulance corps doctors and nurses, a huge range of employment opportunities available to generations of Bathurst’s population continues to this day. Below are some local stories, written by the people who have worked on the Rail, or their families.

If you would like your family story displayed here, contact us on 02 6338 2850 to find out more about our large commemorative rail plaques ($500).

Ray Bant was a proud railway man. His trade was Fitter & Turner Machinist. He worked at the loco workshop in Bathurst for some 50 years. He started on steam engines and his passion for them was well known. Ray made many lasting mates during his time at the loco workshop, his nickname was ‘Benny’.

When the NSW Government decided to downgrade the loco workshop at Bathurst and transfer majority of the jobs to Lithgow, along with Bill Hamilton they formed a committee to keep the work at Bathurst. Ray and Bill has countless meetings with local MPs (Clive Osborne and Mick Clough). They fought a long, hard and sometimes heated campaign. The Government announced not only the jobs kept, but a new updated loco workshop would be built.

Ray was an Alderman on Bathurst City Council for 27 years and was a proud resident of Bathurst, his beloved city. 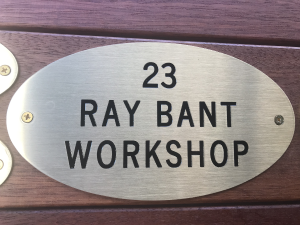 The Begg family moved to ‘Restdown’, on Eleven Mile Drive in 2015. Peter was 14 years old, Lucinda 12 and Rupert 8. They loved raising their family in the Blue Mountains when the idea of experiencing rural life became possible. Historic ‘Restdown’ was offered for sale on 65 acres of prime river flats.

A deep collective breath was drawn by the family as they moved in. Kangaroos bounded, cattle grazed, chickens hatched, rabbits hopped, snakes appeared, dogs and cats wrapped around the hearts, hands and day to day lives of the family. Michael maintains his property valuation business in Leura while expanding to include Bathurst. He fulfils his dream of flying his own aircraft with Bathurst Soaring Club. Ann converted the farm cottages into comfortable visitor accommodation, indulging her hotel manager background.

The property was regenerated with eucalyptus, casuarinas and soon the Saltram creek running through the land flourished again. 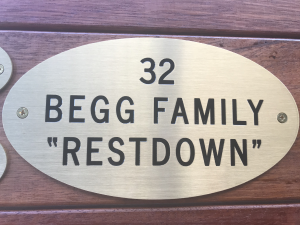 Jim Conlan started work at the Bathurst loco on 29th April 1946, as a Cleaner. Jim had just married Ruth Gunning who had grown up at 19 Russell St. Her father, Ernie Gunning, could remember seeing the first train arrive at Bathurst when he was a small kid, with the sunlight glinting on the brass fittings on the engine.

Jim was born in Quirindi and met Ruth during his army training, at Bathurst. After the war, they married and within weeks, he was living with Ruth in Bathurst just before he started at the loco shed. They soon moved to Brilliant St in South Bathurst, putting Jim within a few minutes walk to work.

Jim continued as a Fitter’s Assistant until he retired, at age 60 in late 1976. He passed away, unexpectedly, in December 1988. A large contingent of railway workmates attended his funeral. 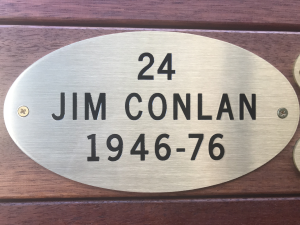 Denis John Chamberlain OAM commenced working as Shop Boy at Eveleigh Carriage Works 17.8.1959. On 11.4.1960 appointed an Engine Cleaner at Lithgow Locomotive Depot, and then appointed in August 1960 to Acting Fireman on steam locomotives. Went on loan to Goulburn, return to Lithgow 1961 and transfer to Bathurst Locomotive Depot. Appointed Fireman at Bathurst 22.1.1962.

Married Margaret Dawn Hargans 5.6.1964 and had children Janice, John and Beverley. Denis has written numerous publications and two railway books: Diary of a Challenge 1992 and Railway West Chronicles 2010. Bathurst historian and researcher and RSL Executive for which he was awarded an OAM in 2015. Awarded ANZAC of the Year in 2018. He went on to greater and better things. 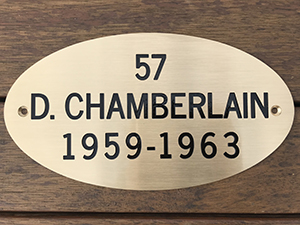 Albert Ernest Dawson 1902-1988. ‘Albie’ began his working life at the Bathurst Railway in 1920, as a Junior Porter. He progressed through to the Parcels Office and had a variety of positions, before he became a Signalman at Western Signal Box. Albie assumed this position with pride and commitment for 40 years, until his retirement in 1967.

Albie enjoyed his retirement, spending time with his grandchildren and great grandchildren. He was well known for his interest in poultry, displaying his birds at the local country shows. 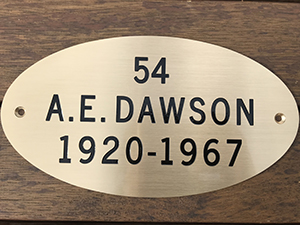 William, (known as Les) worked at the Railway from when he left school at age 15 until his accidental death in a car accident aged 36.

Les worked as a Shunter in both Bathurst and Lithgow Railway Yards; Les was employed as a Switchboard Operator at Bathurst Station at the time of his death.

Les and Clarice had four daughters, Kristine, Frances, Bronwyn (who pre-deceased him) and Elizabeth.

Les was a well-known Bathurst identity, having played football for Charleston’s Football Club and for his competitive swimming with the Bathurst club. Clarice was known for her community involvement and charitable work.

They are both remembered with love and admiration by their descendants. 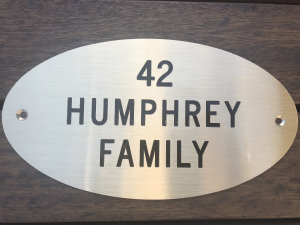 Joined the Railway at Lithgow in 1979 as a Station Assistant, working his way swiftly through multiple positions before moving to Bathurst as a 3rd Grade Relief Clerk in 1982. Passionate about maintaining the historical integrity of Bathurst Station, quality and customer service, Stephen was in 1990 promoted to CountryLink Travel Centre Manager to establish the Domestic Travel Agency and oversee Bathurst Station & forecourt renovations.

In 1995 this position was enlarged to full control of Bathurst Station Management and shortly thereafter Blayney, Tarana & Rydal Stations.

His ability to integrate modern railway developments whilst maintaining the historical significance of Bathurst Station and precinct over 3 decades of service was recognised with a National Trust Heritage Certificate in March 2016. 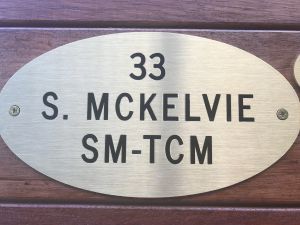 Douglas Vincent (Doug) Moore  was born 30/1/1922 at Dubbo NSW, one of 5 sons of Charles and Linda Moore from Wongarbon. As a 16-year-old, in 1938, he moved to Sydney to take up a position as a Junior Porter at the Sydney Telegraph Office.

In 1942, Doug served with the AIF in Borneo as a Signaller. After the war, he worked with the Railway at Strathfield, Lithgow and Bathurst in the ticketing office.

Secretary-Treasurer and later Life Member of the Bathurst Railway Football Club, Doug helped, supported and encouraged young players from the far west to work and play football in Bathurst. 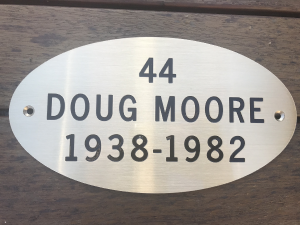 Born in 1924 in Wellington, Gordon returned from war service to meet and marry Ellen Bourke from Bathurst. After a brief career in hospitality Gordon began his railway life at the Bathurst Locomotive Depot in 1949. He started as a cleaner, then fireman, before becoming a driver in 1961.

In 1966 Gordon transferred to Eveleigh, where he retired in 1985. He saw many changes, transitioning from driving Steam to Electric Diesels and XPT. Gordon’s proudest moment was being invited to drive the first XPT to Dubbo in 1982.

Despite many hours of separation from family (a legacy of a railway man of this era) Gordon was a devoted husband, father and grandfather.

Robert Arthur ‘Bob’ Walkington worked for the Railways for 1926 reaching the honour of the states’ number one Driver, retiring as Special Class Driver in 1972 after 46 years of service. In the early 1970s Bob and his Fireman Daryl Garvey had the privilege of driving the first long freight train to pass through Bathurst and the first Indian Pacific Passenger Service.

Bob passed away in July 1987 and at the time was survived by his wife May and daughters Merle Pallor, Thelma Ingersole and Janice Patterson. 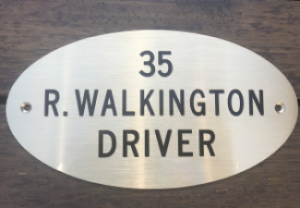 George Wright (1913-1982) started working at the Bathurst Railway in 1937 aged 24 as a casual Cleaner. Over the next 41 years he became a Fireman in 1943,  Firelighter in 1947,  Boilers Attendant in 1952 and then Fitters Assistant in 1956 until he retired in 1978. As part of his retirement he was entitled to First Class Pass Privileges which he never used as he always said “what’s the point of going away when you just have to come back?”.

George received the nickname ‘The Post’ by workmates as he apparently had the ability to fall asleep while standing up.

George was happily married to Lillian Peime, they had 6 children and made their home in Railway Parade which made his commute to work easy, as he just walked down the railway line.

In his retirement George enjoyed fishing, gardening and watching cricket but mostly loved seeing his grandchildren. 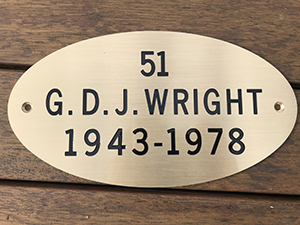