Learn of the origins of motor racing in Bathurst since 1914 from the first Australian Grand Prix and the Vale circuit, through to present day supercar and GT car racing.

With over 100 racing cars and motorcycles, along with numerous small objects and ephemera that tell the story of motor racing in Australia. A constantly changing selection of exhibits on loan ensures that there is always something new to see.

In October 1980, a rock on the track at Mount Panorama would propel a struggling Queensland racer to national prominence, and kickstart a remarkable career at the very top of Australian Touring Car racing.

With three Bathurst 1000 victories and five Australian Touring Car Titles, Dick Johnson would become a household name, and Ford’s leading light through the 1980s and 1990s. Retiring from driving in 1999, Dick’s team would continue through good times and bad, adding more race wins, Championship Titles and Bathurst victories to their enviable record.

This exhibition charts the rise of Dick Johnson through his early years as an amateur racer in Queensland, through the glory days of the 1980s and 90s, and the ongoing successes of Dick Johnson Racing, and DJR Team Penske.

Following the tragic death of Peter Brock in a tarmac rally in Western Australia during 2006, fans from all over Australia made their pilgrimage to Brock’s Skyline at Mount Panorama to write tributes and messages to the King of the Mountain. These images show a selection of these messages from the concrete wall at Skyline over the past years.

Click here to see more images of the wall
EVENT

Due to COVID19 restrictions Museum Selfie Day will not be held as an event in January 2021 but you can still participate.

Take a selfie during your visit to the Australian Fossil and Mineral Museum, National Motor Racing Museum, Bathurst Rail Museum, Bathurst Regional Art Gallery or the Bathurst Historical Society Museum and use hashtag #MuseumSelfieBathurst when you post on Facebook and Instagram.

Museum Selfie Day is usually held on the 3rd Wednesday of January every year however all public programs are currently postponed.

In addition to our on-site activities, the NMRM’s outreach programs have taken cars and other material to locations as diverse as Sydney Motorsport Park at Eastern Creek, Wakefield Park in Goulburn, the Gold Coast, Winton Motor Raceway, Sandown Park in Melbourne, the Top Gear Festival and the Muscle Car Masters, and even overseas to the Goodwood Festival of Speed.

Our collection has developed over 30+ years to include 17 cars, 5 motorcycles and outfits, plus some 4700 items ranging from programs images and ephemera to trophies, helmets and racing suits. The museum is extremely grateful to those who have kindly lent their cars, bikes, trophies and photographs. Without them the Museum could not operate.

These loans range from recent Bathurst winning cars to personal collections of trophies, clothing and photographs.

Proximity to the race circuit makes the museum an especially fun and educational destination for families.

Facilities to make the group visit more enjoyable include our park with children’s playground equipment and gas barbeques.

Parking is plentiful. There is disabled access and toilets, a baby change table as well as cold drinks and a large well stocked shop 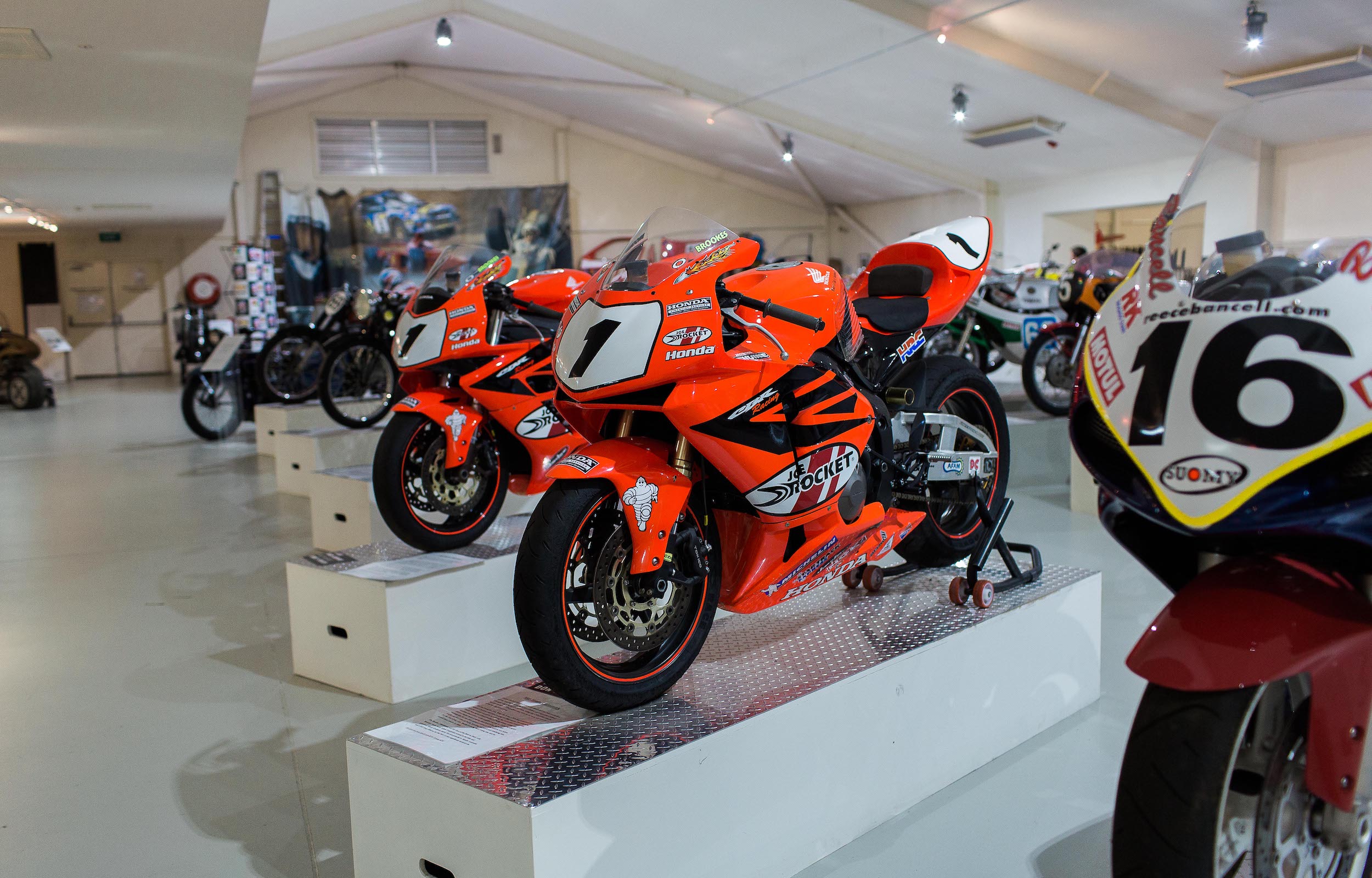 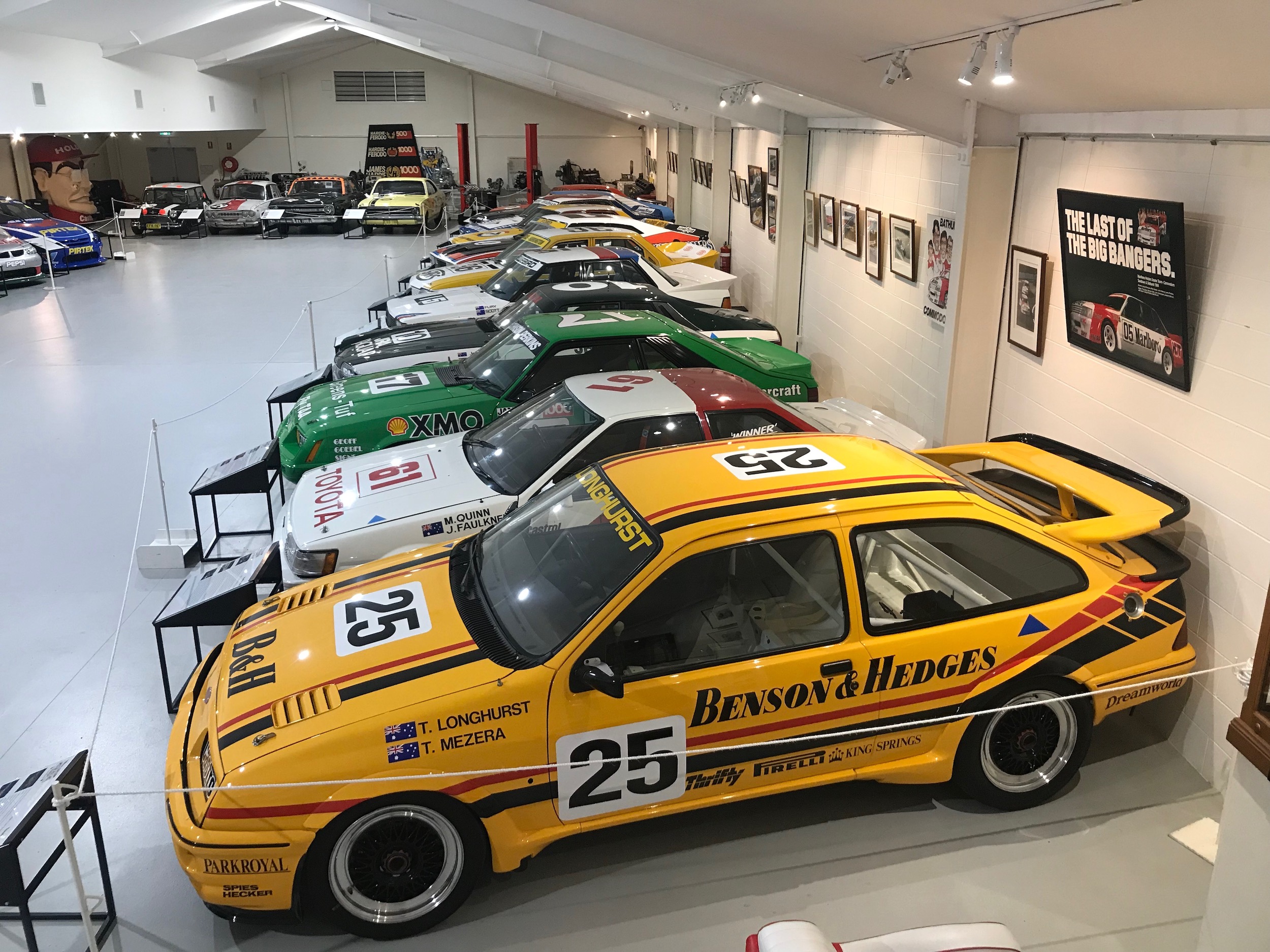 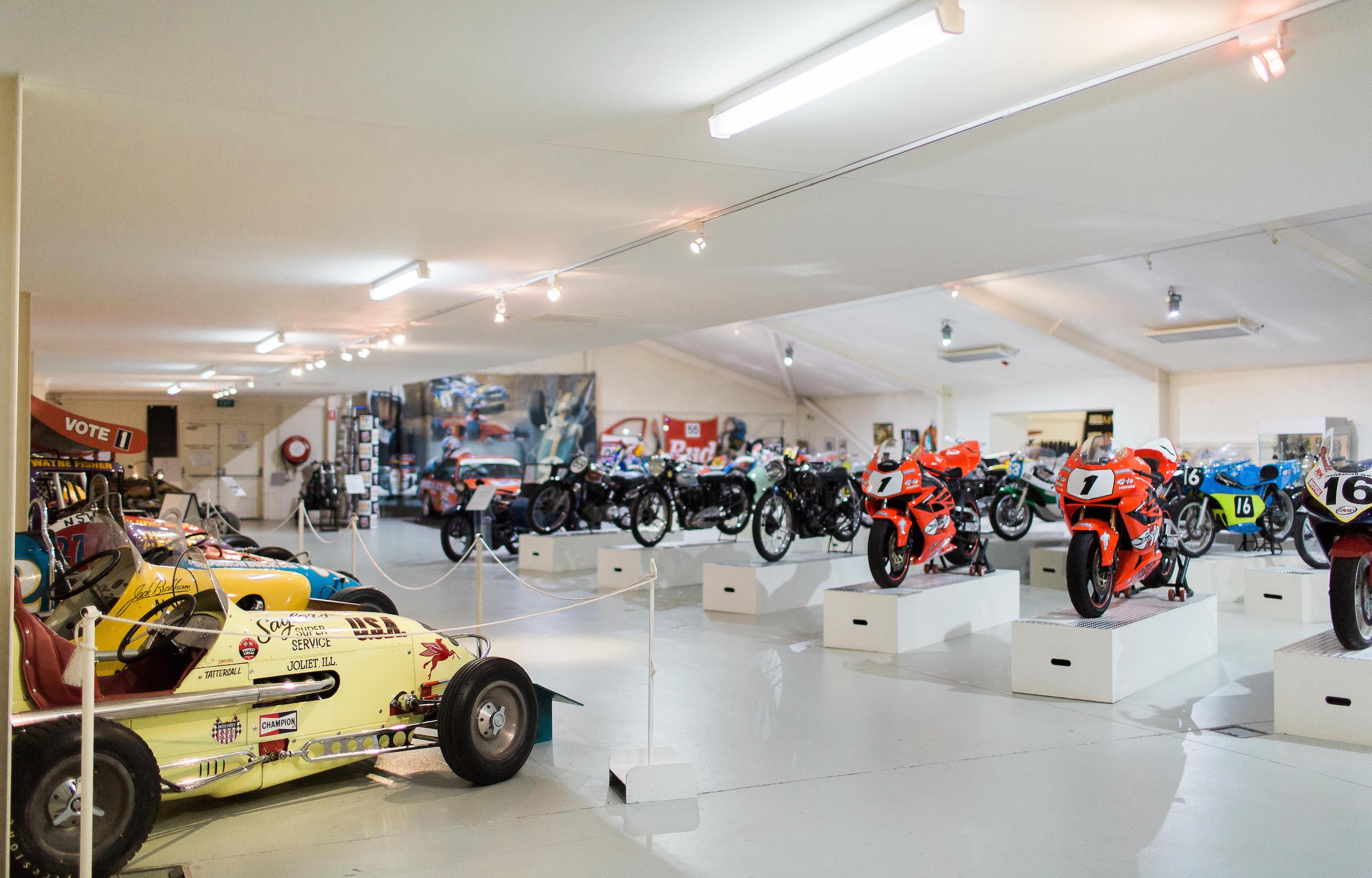 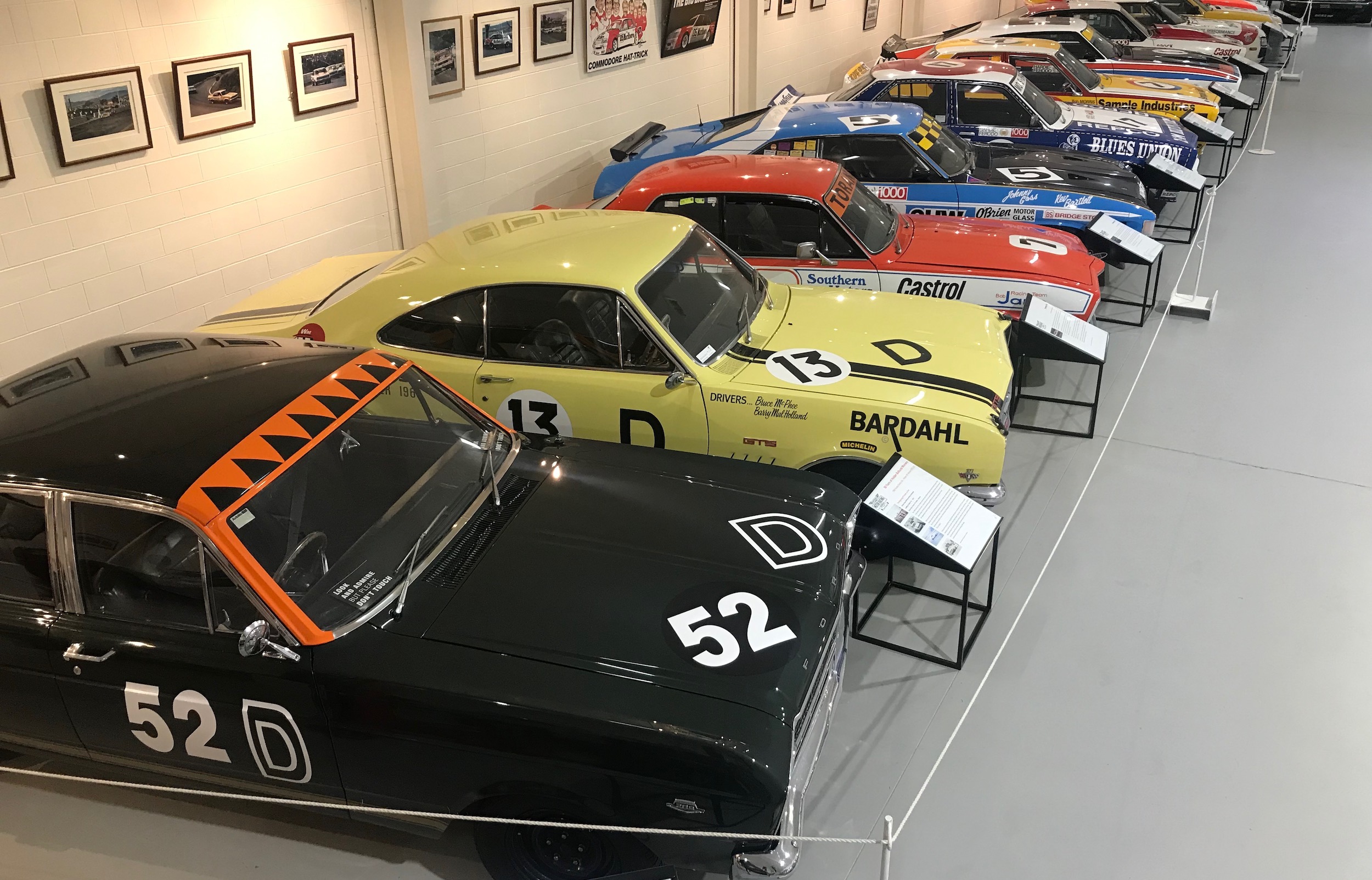